What is Racial Time Theft? An honest reflection on the impact of Zoombombing 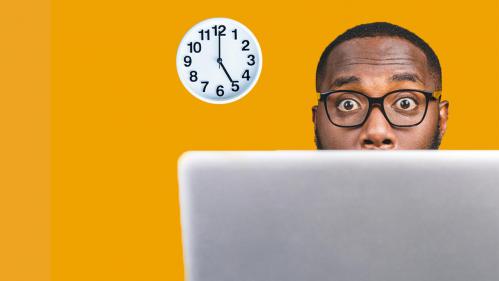 During the opening night, virtual Alumni Mixer for Access Week, a participant wrote a racist message in the Zoom chat and the “N” word across the screen. We identified the participant and promptly removed the person from the meeting. The incident was reported to university authorities. Our guest speaker was gracious with his time and stayed until everyone who had a question received an answer.

Within Educational Equity, we’ve been talking about what it would look like to have conversations about race on a regular basis. It’s sad that this is the context in which we are afforded such an opportunity. I suppose it’s also not unexpected given the work our division is dedicated to doing.

Having lived in this body for almost 45 years, the parts of me that would be affected by seeing or hearing that particular word are calloused over. That being said, this incident does remind me of discussions scholars have about how racism reallocates time.

In his prolific book Between the World and Me, author Ta-Nehisi Coates frames the concept of time theft in this way:

It struck me that perhaps the defining feature of being drafted into the Black race was the inescapable robbery of time, because the moments we spent readying the mask, or readying ourselves to accept half as much, could not be recovered. The robbery of time is not measured in lifespans but in moments. It is the last bottle of wine that you have just uncorked but do not have time to drink. It is the kiss that you do not have time to share, before she walks out of your life. It is the raft of second chances for them, and the twenty-three-hour days for us.

Dr. Brittney Cooper examines that thought further by reflecting on who owns time and who gets written out of it saying, “This idea that Black people have had no impact on history is one of the foundational ideas of white supremacy.” As a people who are often seen as existing outside of time or not worthy of wielding it, moments of interruption in our personal and professional spaces is exhausting, yet expected. The interruptions are anticipated.

Participants attending our event the other night might be surprised to know that five members of our team held a 2-hour meeting to go over Zoom settings. It was our attempt to prevent something like what occurred from happening. That we had to do this at all shows you how racism reallocates time. Any one of us in that meeting could have been doing something else or nothing at all with those two hours. But the threat of a racist incident demanded that we spend our time otherwise.

Racism doesn’t just reallocate Black, Latinx, Indigenous or other people’s of color time. It reallocates the time of all those who work to build community and support for these groups. Again, going back to the 2-hour meeting, there were three White people working alongside Black people to protect our space.

Because someone took advantage of a box that we didn’t check somewhere within the security settings, our time will once again be reallocated to prevent this from happening again. The inability to control time, and therefore my destiny, is the part that will always get me more than any word that someone might manage to lob at me.

In an effort to recover the space that night, I referenced Melissa Harris Perry’s thoughts about how the first thing emancipated slaves did was rebuild community, which she shared on a recent episode of the podcast Disrupted. The core of what we do within the Division of Diversity, Inclusion and Community Engagement is build community. It’s hard work and work that will place a target on our spaces. But as Harris Perry said, if building community “is what people who had known unfreedom in a way that I can’t imagine” did, then I don’t have a better solution for how to persist within a racist society.

I am grateful for my colleagues’ efforts to make Access Week an amazing community building effort. And I encourage them and others who have experienced this kind of offense to please reallocate some time back to yourself, if for no other reason than to remain defiant in our work. 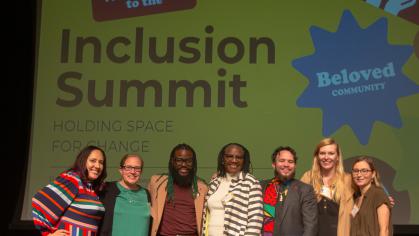 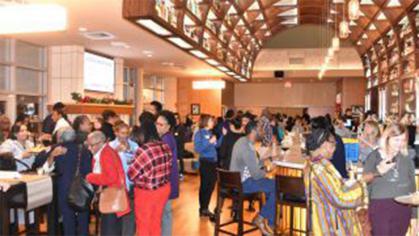 Building an Inclusive Community for Faculty and Staff